As we move through the life cycle, inevitable changes occur in both our physical and mental capacities. Both functions will become slower and less efficient. Physicians lower the starting doses of our medications in the later years because of slower liver and kidney functions. That is why CPA firms and hospitals have mandatory retirement ages for partners and staff physicians; those mandates take into account our dulling mental sharpness and slower recall.
As a young man, I thought life would get simpler as I got older. As a mature man (heading towards an O.G.), I now know that is not true.

In our discussion of memory loss that occurs during the second half of the lifecycle, there are three conditions we need to consider; age related changes, complications of depression, and dementia.

The first is Age-Related Memory Loss. Memory loss related to aging usually starts in the 50’s and 60’s. Aging is associated with diminished and/or delayed ability to recall familiar names, places; and to my dismay, sometimes faces. Imagine an encounter where someone greets you with familiarity, calls you by name, but you have no clue as to who they are or where you know them from. This is a prime example of age related memory loss. The key is no loss of baseline functioning. It is not a progressive condition nor considered a disease.

The second condition is memory loss associated with Major Depressive Disorder (MDD), or what is formally known as Pseudo-dementia. Major Depression is a mental health disorder that is particularly severe in the elderly population; meaning late 60’s, 70’s and beyond. The typical symptoms of MDD include; low mood & energy, poor appetite, poor concentration, loss of interest, and hopeless feelings or thoughts about dying.
In the elderly, MDD may also be associated with severe memory problem, and difficulties processing information and making decisions.  Pseudo-dementia is a reversible condition with the proper treatment. That treatment typically includes antidepressant medication and talk-therapy (psychotherapy).

The third condition is Dementia Alzheimer’s Type; it goes by the common name “Alzheimer’s Disease” (AD). AD is a neurological disease that causes the premature death of brain cells (neurons) and replacement with helical shaped proteins (tangles) and plaques (senile plaques).
Alzhemizer’s Dementia diagnoses are made when there are noticeable changes in memory that interferes with day-to-day functioning and at least one problem with thought processing. People lose the ability to develop and carry out a plan, for example; buying food to cook a meal, or getting lost in the neighborhood on the way home.

The early stages of AD starts with subtle changes (a silent thief) that are usually first noticed at work, where there are measurable productivity standards. People began to have trouble completing work assignments or getting them done on time. The likelihood of developing the condition increases every 10 years beyond age 65. Living with a person struggling with memory and cognitive (thinking) losses has impact on the entire family, especially the main caregiver. Imagine having to care for someone who used to care for you.
I spoke with Mrs. Patricia Mullins, the president and CEO of Isabelle Ridgeway; an extended care faculty on the near eastside that cares for people with advanced stages of AD. We discussed the legal and financial impact of AD on the family, and the need for estate planning before we enter the second half of the lifecycle. We should all have our house in order by our 40’s, meaning we should have a living will, a power of attorney for our finances, healthcare, and long-term care insurance.

Posted by Unknown at 9:26 AM No comments:

Alcohol use in Pregnancy and the risk of Alcohol Fetal Syndrome

Fetal Alcohol Syndrome (FAS) represents the most severe end of a spectrum of disorders that are the result of a women drinking alcohol during pregnancy.
The full spectrum is called Fetal Alcohol Spectrum Disorders (FASD) and includes Alcohol-Related Neuro-developmental Disorder (ARND), a form of behavioral problems and mental retardation; and Alcohol-Related Birth Defects (ARBD), a cluster of deformities of the heart and other organs.

Prevention:
Almost 50% of babies born in the U.S. are the result of un-planned pregnancies; therefore if a woman is drinking alcohol and becomes pregnant, the fetus is at risk of developing FAS. During an unplanned pregnancy the women typically does not suspect she is pregnant until a 1-2 week delay of her menses (period); this could total about 4 to 6-weeks of unsuspected fetal development.
The first 12-weeks of fetal life are critical in development of the organs. This is known as organogenesis. Weeks 3-5 the neural tube develops, which will become the brain and spinal cord. Weeks 4-9 the cardiac system develops.

Any amount of alcohol consumption during the early stages of pregnancy, when the organ systems are forming will put the baby at risk of mental and physical abnormalities.

Devastation:
Alcohol is a solvent, and when consumed it diffuses through all the bodies cells and tissues. A fetus exposed to this chemical experiences a disruption of several organ systems. In Alcohol Fetal Syndrome (FAS) the brain, heart, skeletal formation, and facial features are notably affected.
85% of children with FAS have some degree of mental retardation. Hyperactivity, loss of balance, poor coordination and speech problems noted later in life, are also a result of brain dysfunction.
The heart can have septal defects or holes in the upper & lower chambers; these are noted on physical examination with the presence of murmurs or swoosh sounds with each heart beat.
The skeletal system is also affected and results in shortened height and overall weight of the individual.
Abnormal facial features are characteristic of the disorder, and include the following; a small head with low-set backwards placed ears.
Other abnormalities of the mid-face can occur such as small slanted eye openings, thin upper lip or cleft lip, short nose and a small jaw.

Tremendous cost:
According to the U.S. Department of agriculture, the cost of raising a child in the is close to $300,000 not including college savings. Fetal Alcohol Syndrome (FAS) and its variants occur in about 40,000 babies per year. The cost for raising a child with FAS can be more than $2 million dollars over the lifetime of the child.
Fetal Alcohol Syndrome can present other challenges beyond the legal age, including disrupted school experiences, problems with employment & independent living, substance abuse, and involvement with the criminal justice system.

In conclusion, there is no safe amount of alcohol consumption during pregnancy. Women of childbearing age should be diligent in preventing pregnancy if they are consuming alcohol. Additional information can be found on ’s web site about FASD. www.notasingledrop.org

Posted by Unknown at 9:01 AM No comments:

The use of opiate medication in the has continually increased over the past two decades. Americans constitute less than 5% of the world population yet we consume 80% of the global opioid drug supply, according to the of Addiction Psychiatry. In 2010, the Center for Disease Control found that the estimated yearly cost to the insurance industry for opiate pain medication was $72 billion dollars per year. In other words Americans spend $72 thousand-million dollars per year on the purchase of opiate pain pills. What is a cost to insurance industry is revenue to the pharmaceutical industry. “One man’s trash is another man’s treasure”.

One of the reasons for this change is the increased use of stronger and more addictive opiate pain medications such as Hydrocodone the main ingredient in Vicodin, and Oxycodone, the main ingredient in Percocet and Oxycontin. The increased use of these two powerful pain medications to treat both acute and chronic pain was perpetrated by the pharmaceutical industry and its alliance with physicians who were being paid to promote them.

We have also seen a demographic shift in opiate use from a largely urban, middle-aged African–American population in the 60’s & 70’s to a suburban, rural, late-teens and early twenties Caucasian population.

There is a distinct difference between being physically dependent on an opiate drug and being addicted to an opiate drug. Physical drug dependence occurs after taking opiate drugs for several weeks to months; your body develops a tolerance to it and will go through withdrawal unless you are tapered off of it. Being addicted to opiate drugs means that the person is both physically dependent and displays many of the negative behaviors that go along with drug-seeking for the euphoric-high from taking the drug.

Repeated fetal withdrawal in the womb may lead to disastrous results such as premature labor and/or fetal death. Because of the risk of harm to the fetus of an opiate addicted mother, the standard of care is Opiate Replacement Therapy (ORT). Replacement of a short-acting drug (Heroin, Hydrocodone, and Oxycodone) with a long-acting drug such as Methadone, prevents withdrawal in both the mother and fetus, and assists the mother with recovery from her addiction when combined with group and individual drug counseling.

80-90% of the infants born to mothers addicted to opiates will experience some degree of Neonatal Withdrawal Syndrome (NWS) which includes: irritability, muscle jerks, tremors, diarrhea, and occasional seizures, however only about 50% of the infants require medication treatment for it. That treatment may include medications such as Methadone, Morphine or Phenobarbital to taper the infant off the street drugs or the opiate replacement drug. In the most severe cases, the infant will require specialized treatment in the Neonatal Intensive Care unit of a hospital at a cost of $2000 dollars per day or more for several days.

Posted by Unknown at 2:10 PM No comments: 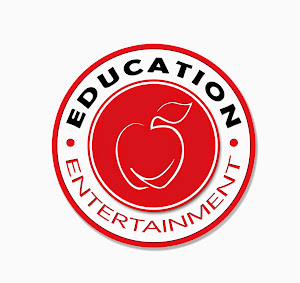